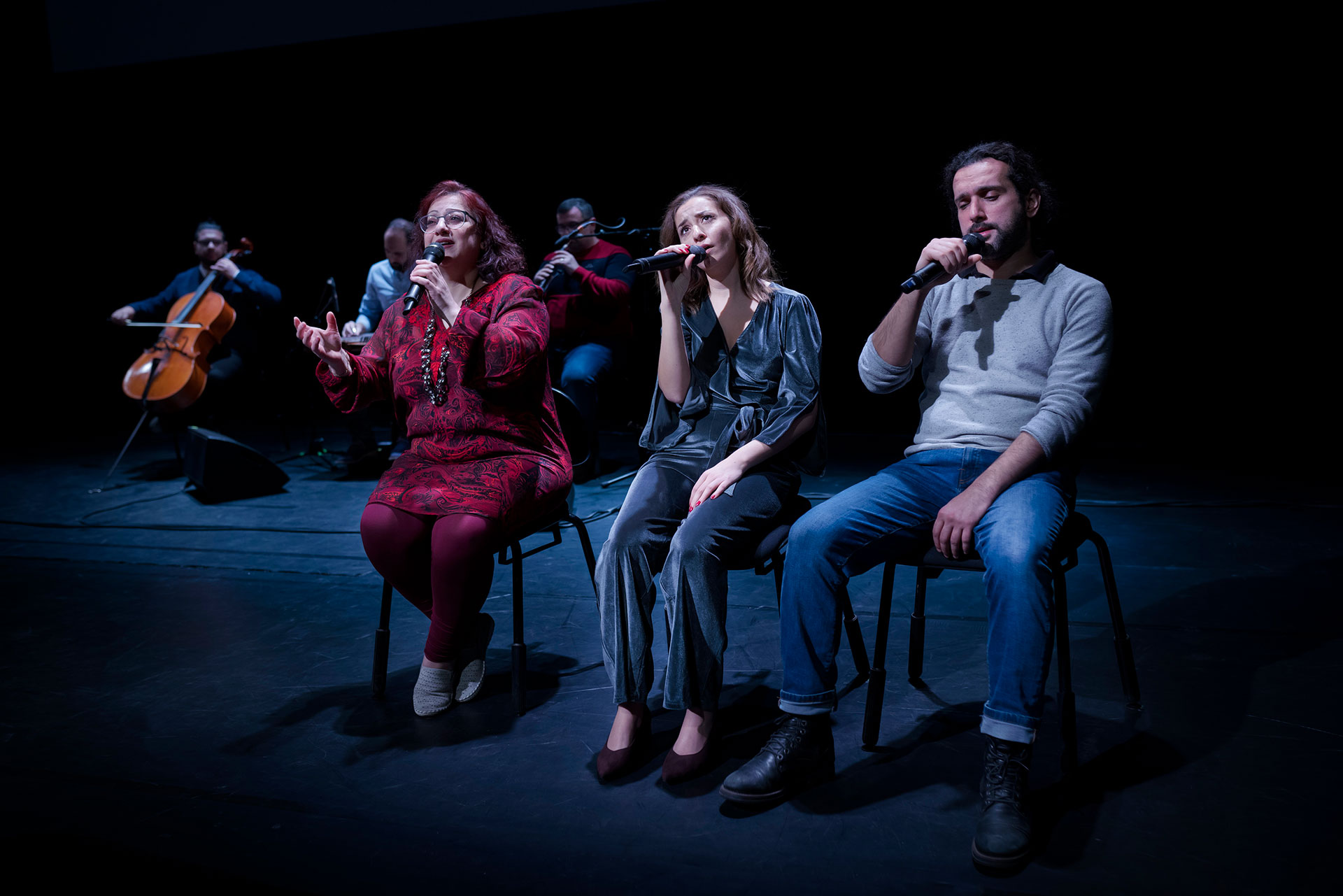 World soloists from the Middle East and giant choirs from Syria and Sweden will be calling home at Folkoperan.

This orchestrated concert is an artistic and musical meeting where personal stories in English, Arabic and Swedish are interwoven with music from different parts of the Middle East. On stage will be musicians, singers and choristers who, due to conflicts in the area, now live and work in Sweden. Staged at Folkoperan 11-12 January.

The production will be directed by performance artist Joshua Sofaer who has previously directed the St Matthew Passion, Opera Showroom and Opera Aid  at Folkoperan. His works have been exhibited at the Tate Modern and the Science Museum in London, MoMa in San Francisco and in public spaces all round the world.

Musical director is Lone Larsen, a choir director who loves to bring together classical music and Nordic folk music with other choral traditions, such as Afro-American and Arabic. She is a professor in the Department of Church Music at Ersta Sköndal Bräcke University College and also works with the Folkoperan Choir, Eric Ericsson’s Choir, the Swedish Radio Choir and Danish Radio Choir.

The production is part of the Folkoperan project “To have a voice” that looks to investigate and develop the role of music and voice on the opera stage via meetings with different music traditions. The project is supported by Svenska Postkodstiftelsen.